We invite you to follow the results of the joint work of Polish and Ukrainian partners within the PBU Programme, made possible thanks to co-funding from the European Union.

The natural diversity of the Bug River Valley region is a major incentive to visit this area on both sides of the Polish-Ukrainian border. Landscape parks, nature reserves and Natura 2000 sites create a potential that has not always been appreciated by locals and tourists. The project “Young Local Guardians of Bug Valley Nature” (BugGuardians) allowed not only to increase knowledge about the richness of the flora and fauna of these areas, but also about ways to protect it.

Near the village of Staryi Dobrotvir, the Ukrainian partners of the project - built a viewing platform. From the observation deck it is safe to watch and feed the mute swans. Moments spent on the banks of the River Bug can be immortalised thanks to a specially created photographic area.

The Ukrainian beneficiary has marked out an educational path along the Bug River, 3 km long. At the beginning of the path, seven boards were installed informing about the route and the animal and plant species that can be found in the area. 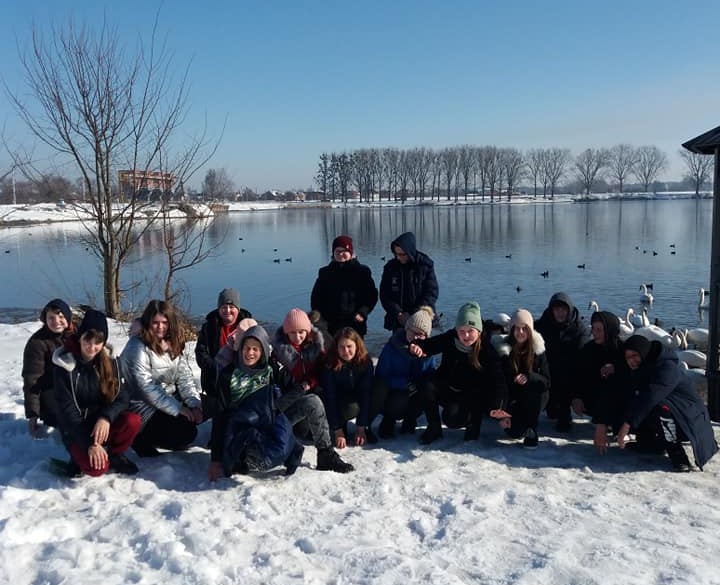 From 18th till 20th October 2021, teachers from 30 primary schools from the regions represented by the beneficiaries took part in training sessions entitled: "Protection of the natural heritage of the Bug River Valley as an opportunity for tourism development". Experts introduced them to the natural wealth of these areas. They also explained how they should be protected and how they can be used in the development of tourism. After the workshop, teachers received ready-to-use scenarios for school lessons:

Due to the pandemic, the beneficiaries had to abandon the organisation of camps for pupils from participating schools. However, in order not to give up the possibility of shaping young people's attitudes and their knowledge of the project area, pupils received educational games "Vertebrates of the Bug River Valley" and the puzzle "Get to know the Bug River Valley". 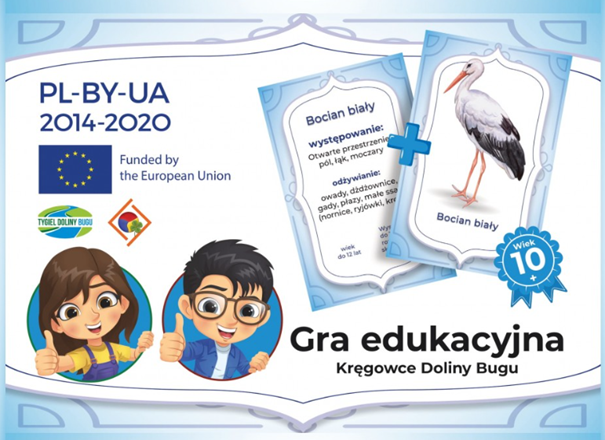 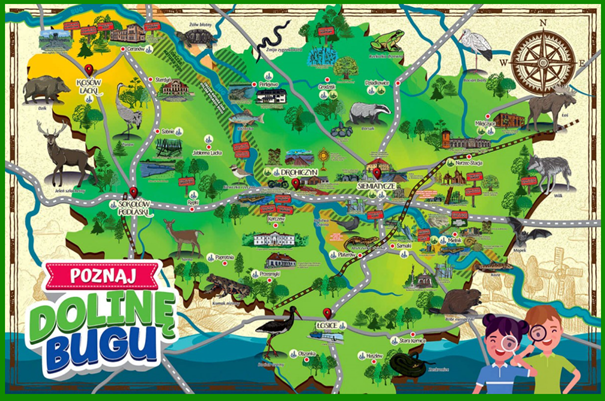 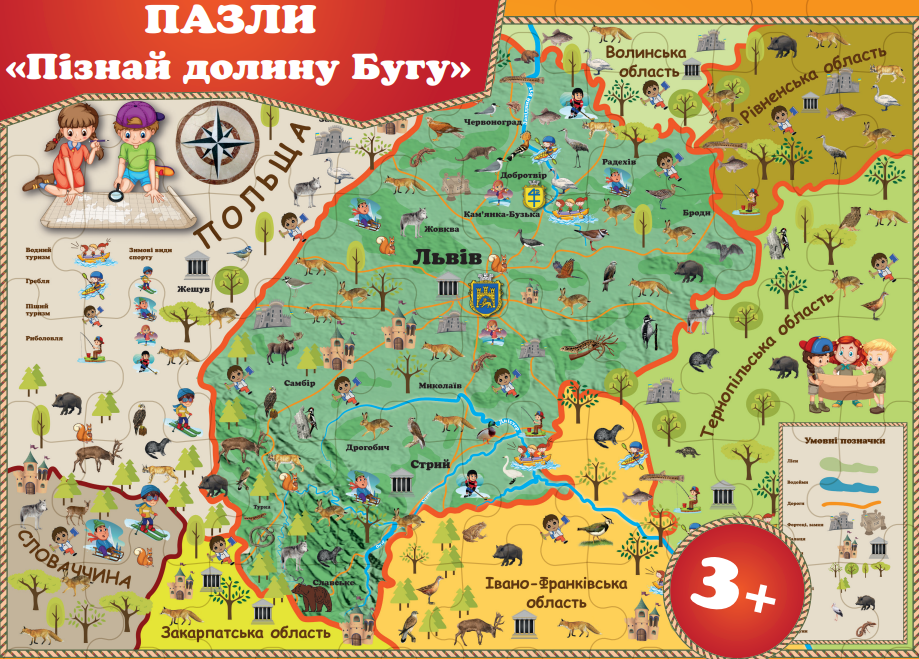 ATLASES FOR CHILDREN AND YOUTH

BOOKLET
promoting the natural heritage of the Bug River Valley

The folder was published in three languages: Polish, Ukrainian and English. It contains descriptions of the nature reserves Kózki, Góra (Mountain) Uszeście and Wydma Mołożewska, as well as the nature and landscape complex Głogi, Natura 2000 area and wintering areas of mute swans.

As part of the project activities, the beneficiaries organised a competition entitled: "Why protect the natural environment". Its aim was to choose a motto for the campaign. Out of 85 entries, the competition committee liked the slogan "Let's create a trend to protect local nature" best. It was placed on the T-shirts promoting the campaign.

The partners have prepared three nature walks in the form of a virtual quest game (two in Polish, one in Ukrainian). Participants of the game, while searching for treasure, will get to know interesting places located in the Bug River Valley. In the Polish language version, the game is available in the form of an application:

Drohiczyn. A walk over the Bug River (PL)

The Polish partner has prepared memory games about protected animal species living in the Bug River Valley. They have been installed at information points and museums in the area. In addition to enriching knowledge and awareness, players can exercise their reflexes and coordination skills.

The Polish beneficiary prepared videos encouraging the inhabitants of the region and tourists to active leisure in the Bug River Valley. They can be viewed on the YouTube channel, on the project website and on the project's Facebook profile.

In December 2021, at the end of the project, the partners organised an international online conference. It was attended by representatives of the participating schools and municipalities from both sides of the border. During the meeting, experts presented to the participants, among other things, the scope of the educational campaign for children and young people and the possibilities of using the natural wealth of the Bug River Valley in the development of tourism in the area.