As announced, we are starting with the publication of new series "Time for Results". We hope that it will be an inspiration to learn about the implemented projects, encourage readers to visit them and use their results.

We invite you to follow the effects of joint work of the partners from Poland, Belarus, Ukraine within the PL-BY-UA Programme, made possible thanks to co-funding from the European Union.

The micro-project "Polish-Ukrainian cooperation for the development of tourism and preservation of cultural heritage in the area covered by "The Picturesque East" brand" (acronym East_promotion), was implemented to promote the tourism potential of cities and municipalities represented by eight beneficiaries from Poland and Ukraine.

A general description of the East_promotion project can be found in the "Projects" section of our website. 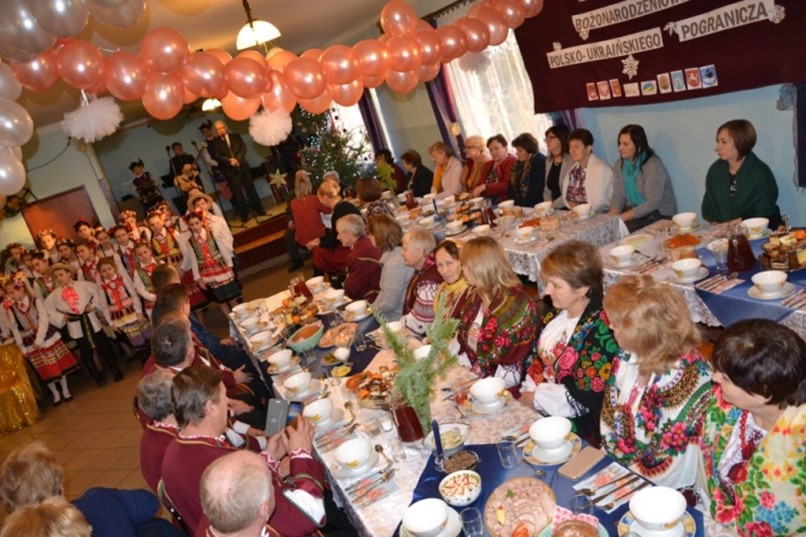 Workshop of Christmas traditions and an Evening of Polish-Ukrainian borderline Christmas Traditions took place in Strzelce, in the Białopole Commune. Participants from Poland and Ukraine made traditional Christmas ornaments together and then sang Polish and Ukrainian carols and songs in the Strzelce community center. The meeting ended with a joint tasting of Christmas dishes prepared by local housewives. 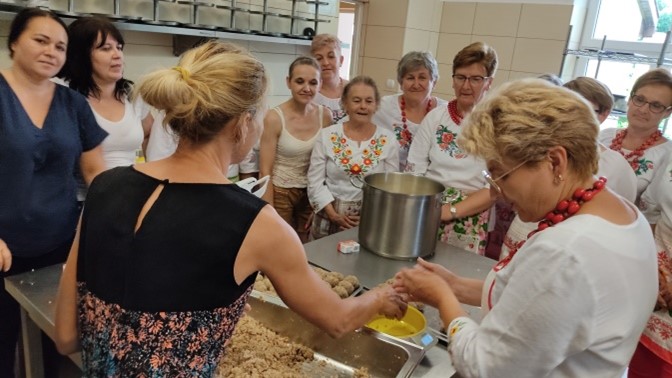 In the Meeting House "On the Borderline of Cultures" in Kumów Plebański, in the Leśniowice Commune, a culinary and handicraft workshop "Handicraft on both sides of the Bug river" took place, promoting traditions and cultural heritage of the eastern borderlands. 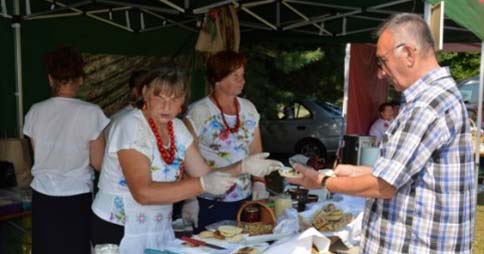 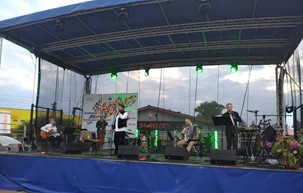 The programmes of both festivals included performances by folk ensembles from Poland and Ukraine, handicraft activities for children, icon-writing workshops, weaving and sculpting workshops, meetings with folk artists, demonstrations of pottery, blacksmithing, folk handicraft and bread-baking. During both events, visitors could taste dishes of traditional Polish, Ukrainian and Jewish cuisine, prepared during live demonstrations. 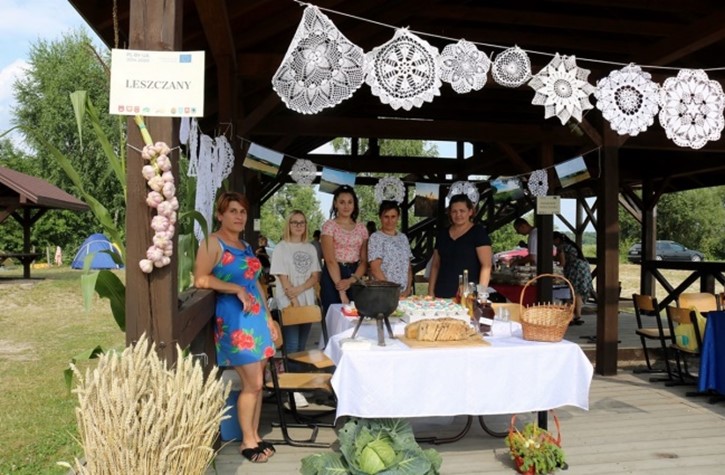 A tournament of women's activities "Active for cultural heritage" took place in Żmudź - a one-day event aimed at popularising the cultural heritage of the Polish-Ukrainian borderland. During the tournament there were sports competitions, presentations of local products, housewives' clubs, and performances by folklore groups from Poland and Ukraine.

The project was summed up by cycle rallies over: 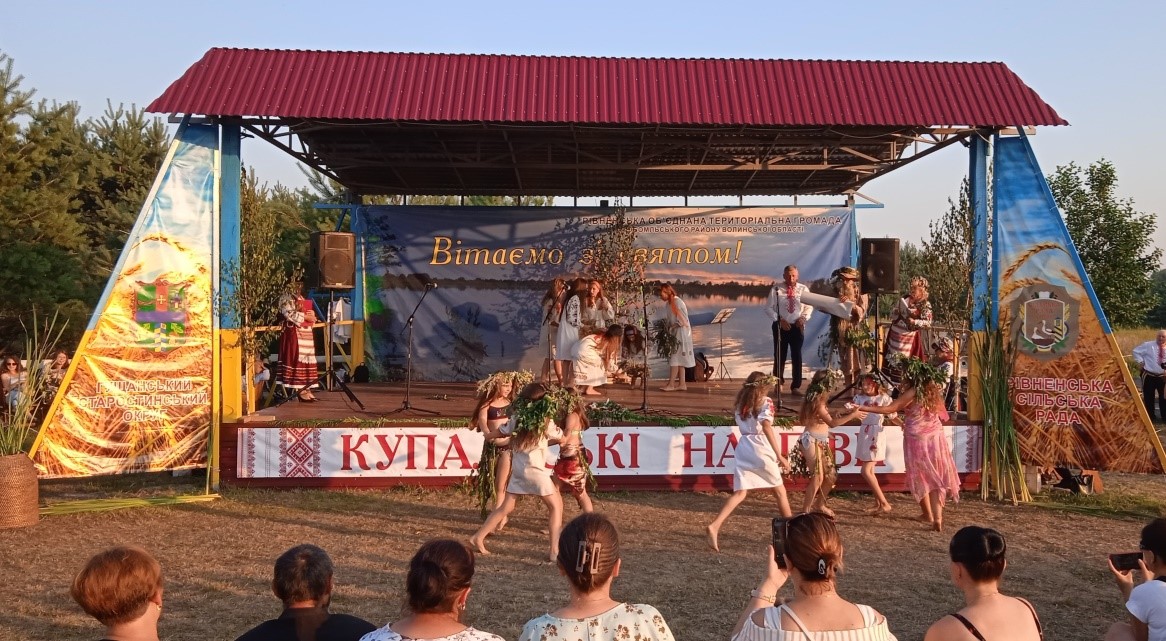 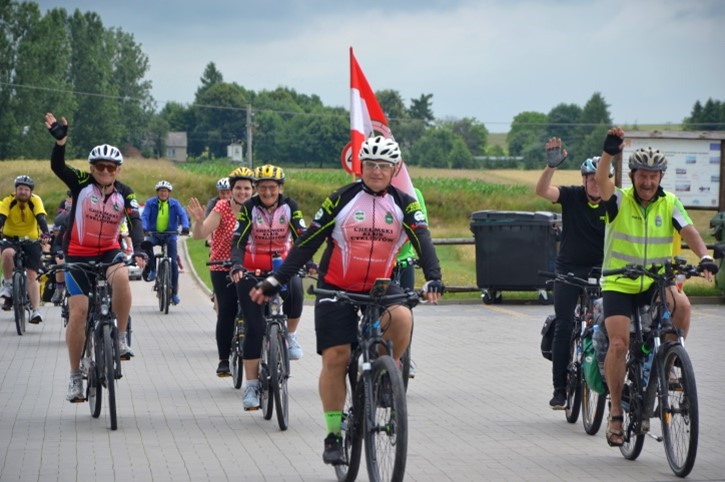 Within the project hiking and cycling routes have been mapped and marked as part of the project. In the municipality of Kamień, 18 km cycling route has been marked out, which joins the existing "Picturesque East" cycling route and leads to places of particular importance for the promotion of the local cultural heritage. 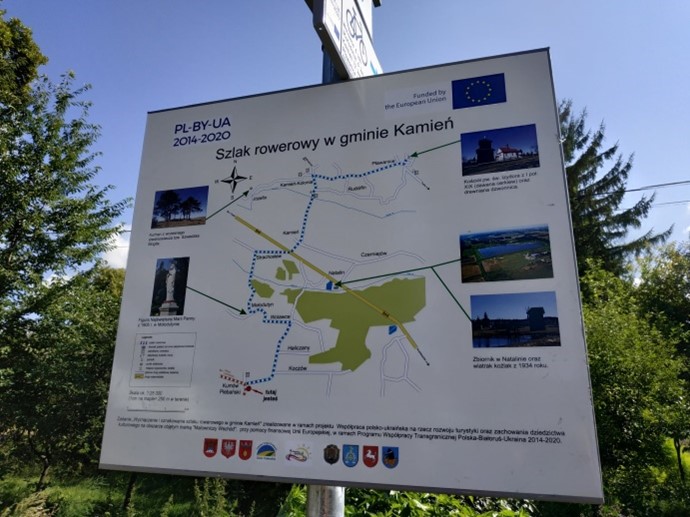 Similarly, a cycle-tourist route has been marked in the Rivne municipality, facilitating tourist access to cultural sites and goods.

A trilingual folder "About the past for the future" was prepared, including a tourist map presenting the cultural heritage and tourist facilities (including cycle routes) of the communes involved in the project.

We encourage you to familiarise with the project and actively use the results!