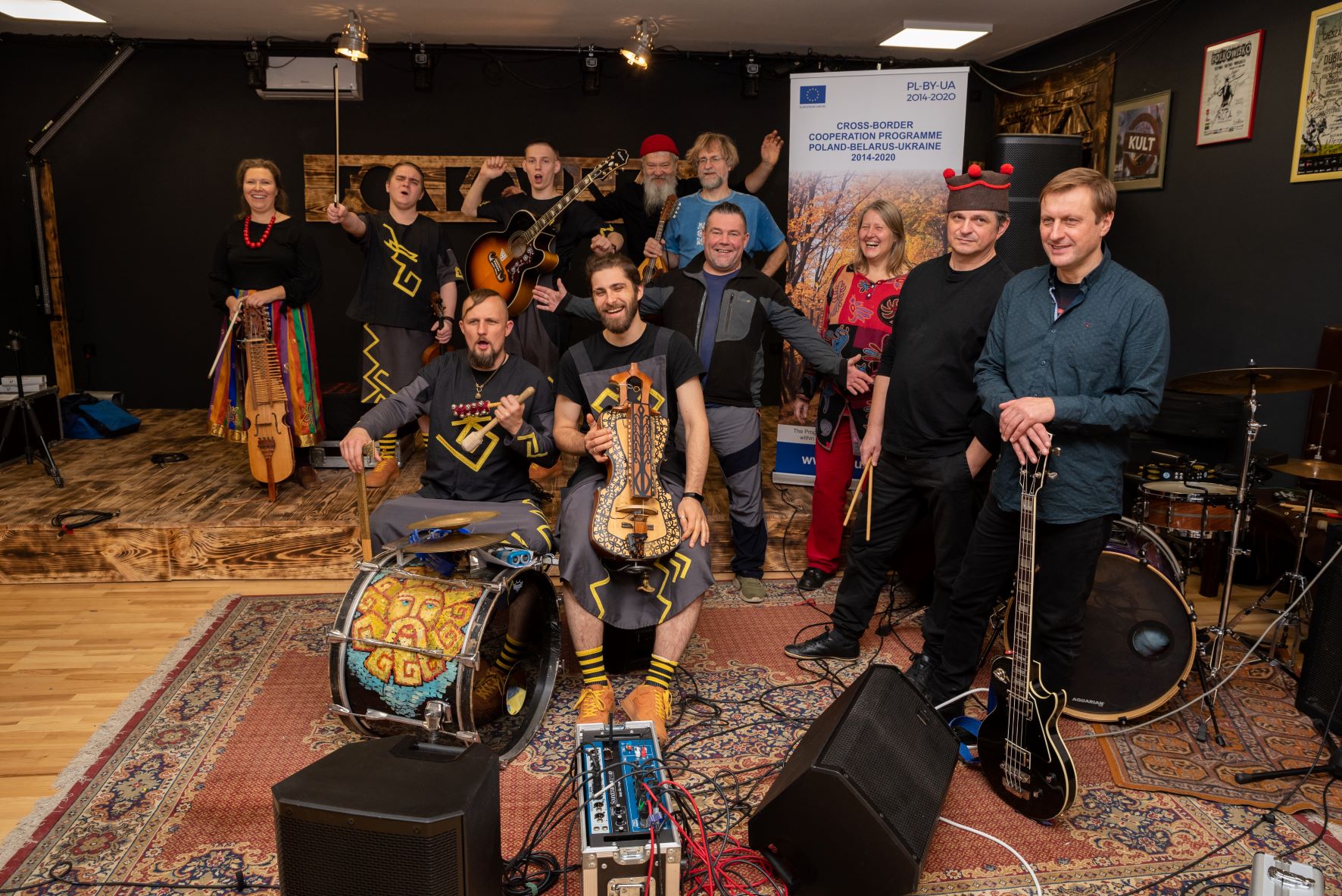 Projects implemented under the Cross-border Cooperation Programme Poland-Belarus-Ukraine 2014-2020 are not just indicators, budgets, reports and payments. Although these are inseparable elements, above all each project hides the specific ideas, values and dreams of people implementing it, as well as the stories of those who benefited from their implementation.

In the early 90’s, as soon as the borders opened, we set off to Ukraine. We travelled on the Dniester River, then we went to the Carpathian Mountains to see the legendary Czarnohora. Then we also met the Hutsuls - those first contacts with local residents were amazing. I remember how we crossed the Czarnohora mountains and descended to Zakarpattya to some hamlet, we saw the first houses and pitched the tent on the edge of the forest, without any contact with other people. In the morning we were woken up by a knocking on the tent. Terrified, we opened the tent and heard- "Get up, because breakfast for you is ready!". This first contact convinced us completely about people from Ukraine.

This is how Bogdan Bracha from the Association of Folk Culture Animators, founded in Lublin over 20 years ago, recalls his first contacts with Ukraine and its inhabitants. The Association is made up of musicians, cultural animators, academics, teachers and students, mainly affiliated with Maria Curie-Skłodowska University. Their goal is to promote multicultural music and other activities inspired by folklore. Association of Folk Culture Animators, people who founded it and still create, always looked with interest to the East. They know the culture of the borderland, the Carpathians, Roztocze, and are strongly connected with it. These areas are close to us culturally and musically– emphasises Agnieszka Matecka from the Association's board.

Association of Folk Culture Animators, people who founded it and still create, always looked with interest to the East. They know the culture of the borderland, the Carpathians, Roztocze, and are strongly connected with it. These areas are close to us culturally and musically – emphasises Agnieszka Matecka from the Association's board.

They started with concerts in student clubs. Now they travel to folk festivals all over Europe, exploring new trends, learning new instruments and musical phrases. However, the fascination with the music of their native borderland is still their main source of inspiration, hence the idea to create a joint Polish-Ukrainian album recording the most interesting songs and to organise a series of concerts promoting the common musical heritage. But where to find the funds for this? Maybe in the Cross-border Cooperation Programme Poland-Belarus-Ukraine? As they thought, so they did. The Lublin Association chose as a partner the friendly Creative Union "Nivroku" from the Ternopil region. They wrote a project together and... it worked out!

We've been thinking about such a Polish-Ukrainian project for a long time, especially since we've tried to do it before. But this is the first time we've done a project on such a big scale!

To begin with, the Associations started collecting music material and announced a competition among folk bands. Eventually, two experienced folk formations were selected to record a joint Polish-Ukrainian album: St. Nicholas Orchestra from Poland and Joryj Kloc from Ukraine.

The bands know each other's work, each other's style of music making. They are a bit different and that's good. If these were two identical-sounding bands, we wouldn't have anything to offer each other.

During joint music workshops in Gorajec in Roztocze, the musicians worked on selecting material:

It is also an interesting combination of two generations of musicians and a history of getting to know each other's countries. I found this rehearsal surprisingly constructive, so it bodes very well – recalls Bogdan Bracha.

Due to the pandemic, further work on the musical material takes place on-line. The musicians devote most attention to a joint composition, which will have a text inspired by the folklore of the Polish-Ukrainian borderland. This composition, together with 12 traditional Polish and Ukrainian songs (6 in Polish and 6 in Ukrainian), will be recorded on a CD. The culmination of the project is the organisation of 6 joint concerts in Poland and Ukraine combined with a wide promotion of the common musical heritage of the borderland.

I am always interested in what unites, not what divides – adds Bogdan. - I am most enthusiastic if I manage to find one song in two different language versions e.g. Polish and Ukrainian, or from yet another region. I believe that we are all the same, that we have common archetypes . Discovering this is the most fascinating adventure for me...

You can find out more about the project here.