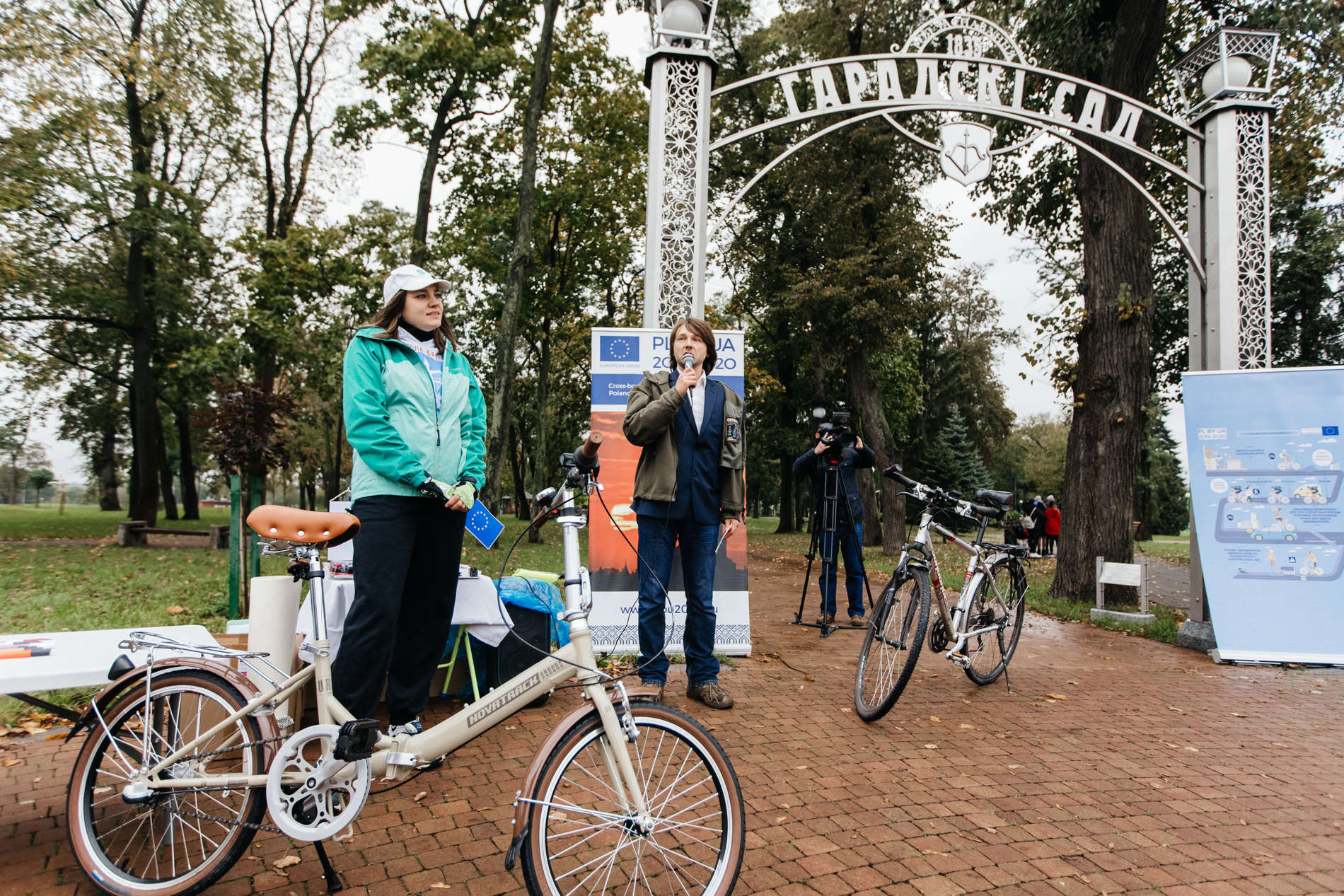 We want to bring some of them closer to you by the "Project stories" – the cycle which presents their more human (but also animal – as in the 1st and 13th episode) dimension of our selected projects. We invite you to read!

Probably each of us dreams of living in a modern and technological city where you can quickly get from one place to another. However, a modern “smart” city should not only be technologically advanced but also green and comfortable for the life of its inhabitants. The concept of "smart city" has captured the minds of urban planners for centuries, developing more and more ideas for making life easier and more comfortable. A special place in this concept holds the transport system and environmentally friendly solutions, as being mobile is one of the priorities of living in a fast-developing city. We want to act quickly and be dynamic.

Maxim and Ekaterina are native Brest dwellers, and also recently a married couple leading an active lifestyle. In summer they get used to cycling, swimming, hiking while wintertime means skiing in the Carpathians. During the off-season, Maxim and Ekaterina always find opportunities for other sports. These young people are green-minded and lead an eco-friendly lifestyle, so the decision to go car-free and use bicycles was not difficult.

It is not easy to be green in the city, but we try to minimize our impact on the environment and take care of it – says Maxim.

In winter, they use public transport and find it has many advantages, from environmental aspects to saving the family budget. Maxim emphasizes that he is very satisfied with the public transport in Brest. He gets to work in half an hour, the bus arrives according to the schedule, and is comfortable. However, it wasn’t always this way. Now more than three months ago, the road to work took him much longer. The change came after the installation of a new intelligent transport system which was recently introduced in Brest. This solution released traffic in the city by redistributing its flow. Thanks to the operation of the city lights, traffic congestion has decreased significantly. The couple, as an active cycling enthusiast, is especially pleased with the new bicycle paths located in a special “green zone” of intersections, because Brest sorely missed them! They even took part in workshops on safe cycling and first aid, which they found surprisingly interesting and useful.

We are very happy about such positive changes in the road traffic of our city and we hope that soon every intersection in Brest will have such a “green zone”! – says Ekaterina.

The creation of an intelligent transport system in Brest became possible thanks to the implementation of the OurBetterStreet project within the Programme. The idea of the project was to improve the transport infrastructure and increase the level of accessibility of the Brest – Biała Podlaska border region. The transport infrastructure in Brest and Biała Podlaska was improved by the modernization of local roads (11.3 km and 1.6 km, respectively). In addition, in Brest, reconstruction works of seven intersections on Varshavskoye highway, Moskovskaya street, and Respublika avenue has been completed, and the built-in intelligent transport system allows to shorten the travel time by fine-tuning the traffic regime. How does it work? On the heaviest sections of roads, sensors are built into the carriageway to show the number of vehicles, breakdown by passenger cars, trucks and buses. In this way, traffic was redistributed from more congested highways to roads with less traffic. As a result, fewer exhaust gases are released into the environment. The project partners from Poland renovated two intersections on No. 2 highway in Biała Podlaska, added nine additional lanes and two roundabouts. Also within the project, the road structure with a drainage system was renovated, new sidewalks were laid, road lighting and road signs were installed.

Many of the border’s indigenous residents from Belarus and Poland, including Maxim and Ekaterina, still believe that small actions make a small but significant contribution to the preservation of the environment of their hometown.

More about the OurBetterStreet project can be found here.