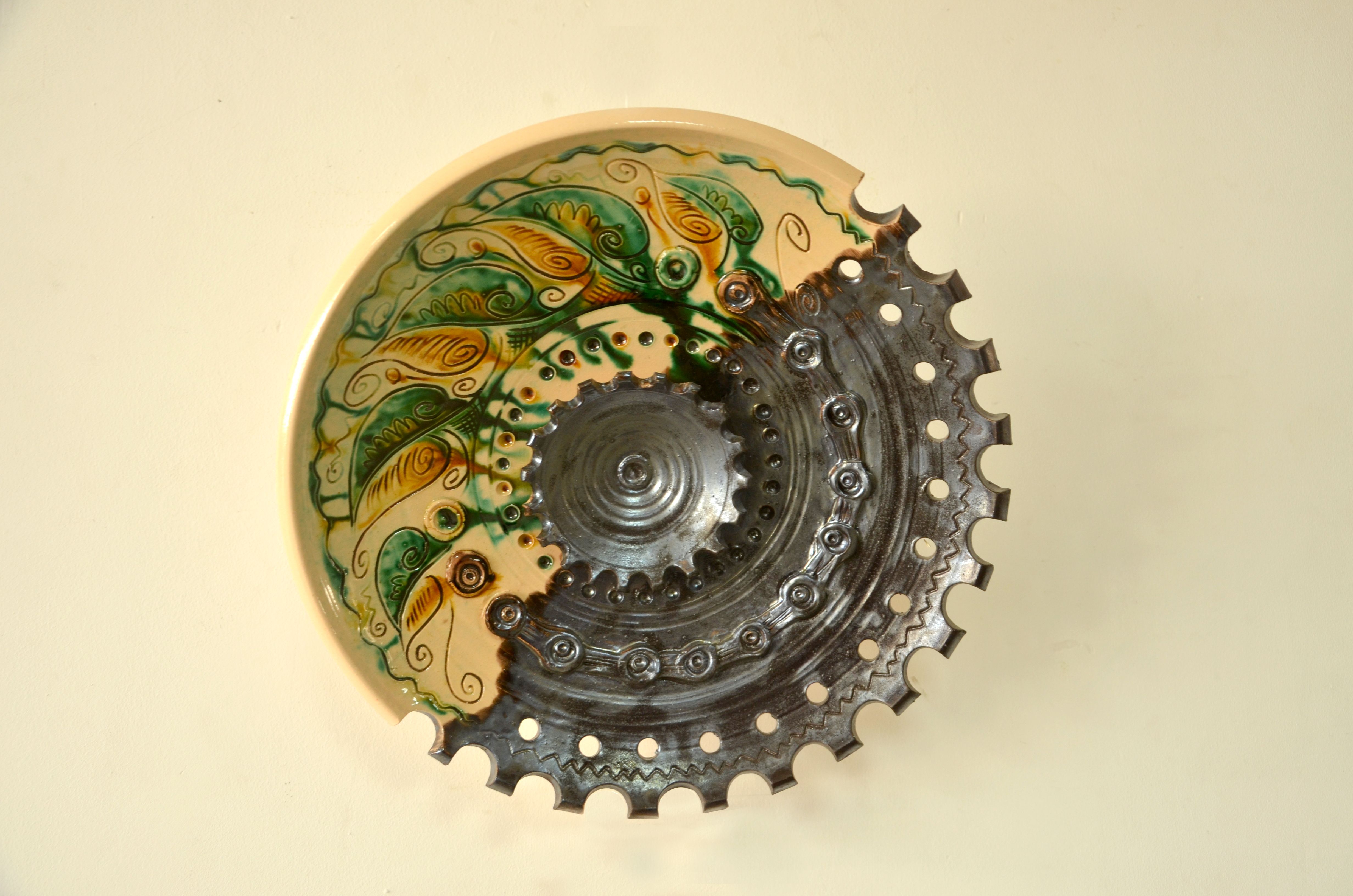 Cross-border projects are not just indicators, budgets, reports and payments. Although they are inseparable elements of every project, each project hides above all the specific ideas, values and dreams of people implementing them, as well as the stories of those who benefited from their implementation.

We want to bring some of them closer to you by the "Project stories" - the cycle which will present this more human (but also animal - as in the 1st episode) dimension of our selected projects. We invite you to read.

He’s always been enchanted by the beauty that surrounded him and the way things were made from simple materials. His land, Hutsulshchyna, in the Eastern Carpathians, has always been abundant in talented craftsmen and artists. Was it because of the beautiful mountain landscapes, unique traditions, cherished for the centuries or was the love for the beautiful something innate in the local people? Whatever the answer may be, it became a centre of cultural pilgrimage in the 19-th century, when artists, writers and musicians came here for inspiration. He was lucky indeed to be a part of this realm and to do what he enjoys the most – artistic ceramics.

Serhiy Dutka is a countryman of Lysets village, Ivano-Frankivsk region. From a young age he has loved drawing and his parents have encouraged his talent. He entered Kosiv College of Applied and Decorative Arts specializing in "artistic ceramics" and continued his studies at the Kosiv Institute of Fine and Applied Arts. He combined creative work with teaching at the College at the beginning but at some point decided to devote his life wholly to art, so he quit teaching. Serhiy opened a ceramic workhouse in the village of Rozhniv, exhibited and sold his works, conducted workshops. He built his pottery kiln with his own hands.

"The moment of waiting for the final products from the kiln is like waiting for gifts from St. Nicholas. There is always an element of surprise, magic in it." - says Serhiy.

"Nontraditionaltraditional" is the name of one of Serhiy Dutka's solo exhibitions, and it is the most accurate word to describe whole his art. His works resemble old Kosiv ceramics with its glaze and yellowish-greens, but the subject of his works is unconventional. Fantastic animals, even dinosaurs, as well as familiar household things presented at his creations are interpreted in new ways. The artist believes that traditional art should not be conserved; it is essential to rethink and modernize it.  He also finds the importance of constant development, moving forward and interactive communication with other artists. For this purpose, in 2018, Serhiy organized the international ceramists’ plain air event in Kosiv, entitled "Zolote Horno". This occasion gave not only an incredible impetus to artists’ development but also fostered the promotion of local artistic ceramics. It was a great chance to tell the world about this unique land too.

Life in the Hutsulshchyna in the 21-st century is not a fairy tale. This region suffers from many problems of today such as pollution, urbanization, migration, high unemployment. The number of people, who can make a living from crafts and agriculture is declining, young people often move to bigger cities to never return. Traditional crafts can be lost within next decades.

Fortunately, thanks to Hutsulshchyna lovers, the land has the chance to develop as a tourist destination and cultural centre. It was their initiative to create the Centre of Carpathian Culture in Kosiv, creative and artistic space at the intersection of history and today. The Centre will become a platform for artists’ dialogue, interaction and generation of new ideas as well as the promotion of cultural values. "The World of Carpathian Rosettes – Activities for Preserving the Cultural Uniqueness of the Carpathians (ROSETTES)" project is an opportunity for Serhiy and other talented artists or craftsmen on both sides of the border.

"In Kosiv, there is a huge need for a contemporary cultural and creative space. It will generate new vision, new trends, high artistic culture, and creative economy based on the interpretation of the existing heritage." - said Roksolana Barchuk, the Head of the Affairs of the Kosiv District Council.

The Kosiv Centre will be located in the reconstructed premises of "Hutsulshchyna" Enterprise, which was once the largest artisan carpet enterprise in Europe, closed in the early 1990-s. Within the project, the former place will get new life: an exhibition hall, a multifunctional conference hall, rooms for folk crafts workshops, an office, a lounge area. Similar centres will be set up on other sides of the border - in Ukraine: Kolochava (Zakarpattya oblast) and Urych (Lviv oblast) as well as in Bystry in Poland (Baligród commune, Lesko county, Podkarpackie Voivodeship).

… In August 2019, Serhiy held first workshop on ceramics within the ROSETTES project. He demonstrated all the steps of how traditional ceramic tiles and plates are produced, explained the specific colours of Kosiv, Pistin and Kuty ceramics, and also gave everyone the opportunity to try their hands in pottery: to make their unique bowl or cup, and to design a plate. "Kosiv is amazing, ceramics makes you fall in love with it, and the atmosphere and mountains make you come back here again." - one of the participants shared her impressions. But this is only the beginning of the longer story about Rosettes…